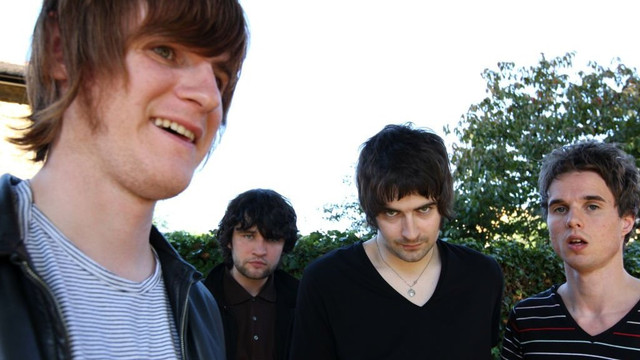 The Courteeners, a Manchester-based indie band, have achieved chart success with their first-ever number one album, breaking previous records in the process.

St Jude, the band's legendary 2007 debut, now holds the record for the album with the longest time between release and number-one status (14 years, 9 months, and 7 days).

Thanks to a deluxe release that was jam-packed with rarities and b-sides, they defeated artists like Taylor Swift and SZA.

They are one of just three bands to use a reissued album to accomplish this.

The Courteeners are the only other bands to have done so, joining The Rolling Stones (Goats Head Soup, Exile On Main St.) and The Beatles (Abbey Road, Sgt Pepper's Lonely Hearts Club Band).

Liam Fray, the band's leader, tells the BBC that he feels vindicated.

We started out a little beneath the radar, so we never in a million years imagined we'd still be around 15 years later.

"I would like to attempt to make it a little more 'rock star', but I just can't. I genuinely feel grateful to be speaking with you at this time. It's extremely cool feeling.

St Jude, which debuted at number four on the charts and featured the top 20 singles What Took You So Long and Not 19 Forever, was awarded The Guardian's debut album of the year in 2007.

On Friday, June 9, they will perform the entire album at a huge homecoming concert in Heaton Park to honor their accomplishment.

Below, you can read the entire interview with Liam Fray.

In the meantime, Miley Cyrus ranks first on the singles list for the third time in her career.

Flowers scored 92,000 chart sales and 9.9 million streams in the last seven days, the biggest numbers since Harry Styles' As It Was last year. It is commonly believed that Flowers is about her ex-husband Liam Hemsworth.

The slow-burning pop hymn also became the first song to hit 100 million streams on Spotify in less than a week, making it the fastest single ever to do so.

Another new entry at number 31 is Shakira's vicious break-up song, in which she accuses her ex-boyfriend Gerard Pique of infidelity.

What does St. Jude mean to you today, fifteen years later?

Those songs are very intimate and evocative of the era. The majority of the lyrics were created with the thought of me performing for 50 unattentive folks in a bar. None of these were intended to be radio singles or to be broadcast to thousands of listeners 15 years later. None at all.

It was just me writing to pass the time when I was working alone selling polo shirts in a shop.

The record has a strong Manchester connection. What motivated you?

Since it was a very quiet week at the Manchester Fred Perry store where I worked, I merely wrote in my notebook as I observed the people walking by. The similar thing happened on the bus from Fallowfield to Manchester: I would take notes about every passenger's appearance and social interactions. I had an obsession with these people.

But more than it is about Manchester, the whole thing is about maturing and growing up.

How did it feel to listen to the songs again for the deluxe version?

For the 10-year anniversary, we decided to record an acoustic version of the album, which was challenging for me because my voice is so high in these songs.

But now I'm more at ease around them. Or perhaps I was more comfortable with who I was at the age of 18, which included envying other bands.

God, they're all of them! Big bands like The Long Blondes and The Cribs would perform in Manchester. I only had an acoustic guitar and seven songs, so they might as well have been the Beatles and The Stones given how much outside of my realm they were.

Not that I was fixated on being in a band, though. I never ever imagined we'd become a band. Then, out of nowhere, 50 people turned into 200 and it snowballed after I performed a number of shows in the City of Manchester.

Early sales numbers for the record had you at number one when it initially came out, but it eventually peaked at number four. Are you able to recall who stole it from you?

Was it not the Rolling Stones, as I believe? Duffy, no. Duffy!

Duffy and we were on the same minor label, so it was ironic that they would try to place us in the top 10 ahead of Duffy.

I'm not arguing that she didn't earn it; after all, it's a fantastic record. But it's amusing that the individual who surpassed us for the top spot worked in the same building.

Have they had to keep the champagne a secret from you?

Oh yeah, don't worry about it, there was enough of champagne consumed.

Do you think the album's standing has improved over the previous 15 years?

In my opinion. We knew we were connecting, but those first few years were difficult because we were criticized a little more than other bands. We were marginalized a little because of some things that were written about us. And I've often wondered how that affects those who purchase the record. Do you also denigrate them? Are they forbidden from liking what they want?

The idea that musicians are in this country to be silenced is quite harmful. When we came out, it was brutal, but the power has somewhat been taken away from the tastemakers. And given that, let's face it, they don't know anything, this can only be a positive thing.

Much more so than a number one in 2007 would have done, the record's longevity disproves their claims.

Exactly. Furthermore, I believe that because we weren't forced down people's throats, we were given the freedom to breathe and develop at our own pace.

With your third sold-out performance at Heaton Park, you are celebrating. What lies ahead?

We're going to do practically the entirety of St. Jude after which we'll close with a greatest hits. I always wait until the morning of the gig to think about Heaton Park because the size of it really blows my mind.

I'll just take it easy during the upcoming months and enjoy some golf, football, and cooking. I'll then think, "Oh crap, we'd better deal with this now," and I'll stop.

But it'll just be a big party. It serves as a monument to everyone who has helped us.