West Texas Crude Oil Contract Intermedia or light sweets For July delivery was up 59 cents to close at $115.26 a barrel. Brent North Sea London August delivery was up 69 cents at $116.29 a barrel.

The EU agreed in principle on Monday (May 30) to cut oil imports from Russia by 90 percent by the end of the year, the bloc's toughest sanctions. Since Moscow invaded Ukraine in what they call special military operations.

Oil markets also gained further boost from the situation in China after Shanghai ended strict lockdown measures to fight the coronavirus on Wednesday (June 1) after two months in force, raising expectations that it would swell. fluttering energy demand

The US stock market on Wednesday (June 1) closed negative, investors expecting the latest economic data. It will not help push the Federal Reserve (Fed) out of the aggressive rate hike cycle. with the goal of eliminating rising inflation

US Department of Labor Statistics Office Released the survey of job openings and labor turnover rates (JOLTS) found that the number of job openings. A measure of labor market demand, it fell 455,000 to 11.4 million in April. in line with analysts' forecasts after hitting 11.855 million positions in March which is the highest level in history

The JOLTS figures are among the attention of the Federal Reserve (Fed) as a measure of tightness in the labor market. which is a factor in monetary policy consideration and the interest rate of the Fed

On the other hand, US manufacturing activity data rebounded hotter than expected in May while product demand remains strong Alleviate concerns that the country's economy would not immediately fall into recession 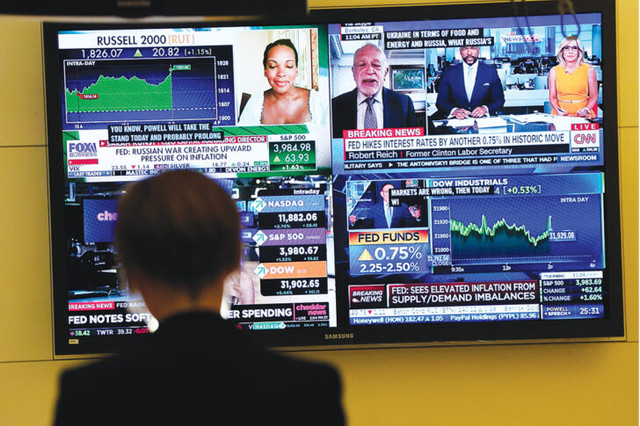