Under the changed licence, proceeds from ticket sales will go directly to the Premier League and then be distributed to the relevant party.

As part of the licence changes Roman Abramovich's company Fordstam Ltd was to pay £30m into Chelsea for its running costs.

The move means Chelsea will be able to sell tickets for their home Champions League quarter-final against Real Madrid on 6 April and the FA Cup semi-final at Wembley Stadium on the weekend of 16 April against Crystal Palace.

Chelsea's next Women's Super League game is on 3 April at Kingsmeadow against Reading.

Chelsea have requested that any money generated by ticket sales, which the club would have usually received, be donated to victims of the war in Ukraine and the Premier League said that "beneficiary charities will be announced in due course after consultation with the club".

Sports minister Nigel Huddleston said: "I would like to thank fans for their patience while we have engaged with the football authorities to make this possible.

"Since Roman Abramovich was added to the UK's sanctions list for his links to [Russian president] Vladimir Putin we have worked extensively to ensure the club can continue to play football while ensuring the sanctions regime continues to be enforced."

While only Chelsea season-ticket holders and those fans who bought tickets before the sanctions can attend Premier League home games, the government said an exception had been made for the WSL as "there is a risk of empty stands for these matches".

Chelsea fans can purchase tickets for away fixtures, with any revenue going to the host team.

Ticket sales from FA Cup and Champions League matches will go "via the Premier League to the relevant competition organiser or home club rather than Chelsea FC in order to remain compliant with current sanctions".

Chelsea face Arsenal away in the Women's FA Cup semi-final on 17 April and their ticket sales for that competition will go to the Football Association.

The government's sanctions were intended to prevent Russian businessman Abramovich from making any money from Chelsea and his attempt to sell the Premier League club was halted when his assets were frozen.

Abramovich put the club up for sale on 2 March, five days after Russia invaded Ukraine.

American investment firm Raine Group has been tasked with selling Chelsea and the government is expected to issue another new licence, allowing the club to be sold, once a preferred buyer had been highlighted.

Six groups have made public that they have made offers for the club and and it is hoped that a shortlist of about three or four can be achieved this week.

There is no timescale for when any deal might be completed, however, with an already complex process being increased by fierce competition between consortiums with at least two reported to have increased their bids last weekend.

It is understood Chelsea are also involved in choosing the shortlist and will have the final say on who buys the club while Abramovich can also be involved in choosing the winning bid, despite being disqualified as a director by the Premier League.
https://public.flourish.studio/visualisation/9114947/
https://public.flourish.studio/visualisation/9115045/

The six bids made public include a consortium involving the Ricketts family, who own the Chicago Cubs, a group involving LA Dodgers co-owner Todd Boehly and Swiss billionaire Hansjorg Wyss and another which includes former Liverpool chairman Sir Martin Broughton and Lord Coe.

Other consortiums include British property investor Nick Candy, who increased his initial £2bn bid, and global investment firm Centricus. Reports have suggested that Saudi Media Group lodged a bid, while there has also been reported interest from New York Jets owner Woody Johnson. 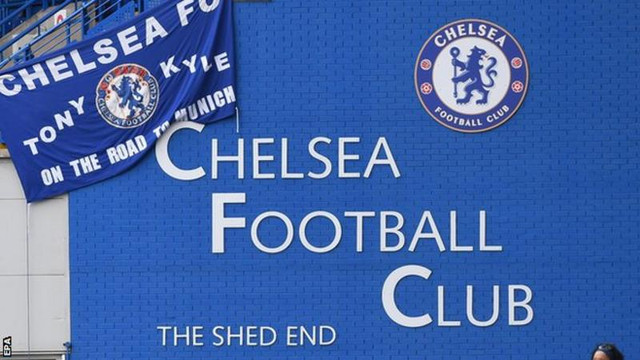